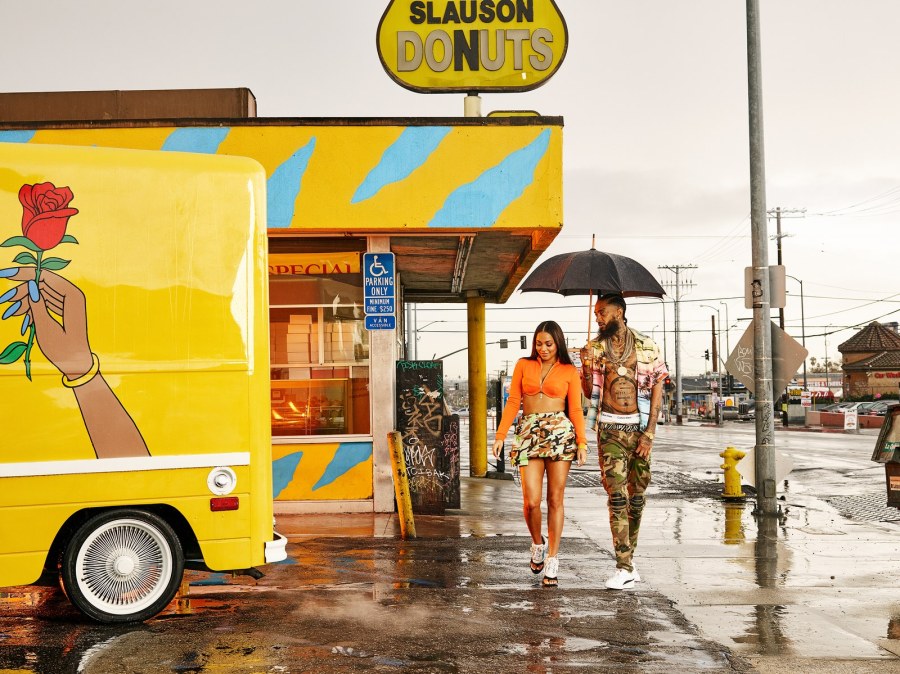 I cannot lie… I was not a fan of Nipsey Hussle’s music. Last year, I briefly skimmed through Victory Lap and despite my appreciation for conscious lyrics and catchy beats, it wasn’t long before I called it quits on the south L.A. rapper. Nonetheless, I remained intrigued by his complex persona. He rapped like a gang-banger and had the swag to match, but he spoke like an intellectual, entrepreneur and spiritual guru who was far from pliant, but loving and caring in his own way. The couple’s GQ spread explored the complex identity of a man who represented where he was from and used his perilous past to elevate both his consciousness and community.

While I was slowly growing fond of Nipsey through his social media presence via Lauren London, I did not know that he had captured the ears of millions already. Not only through his music, but also through his inspirtional conversations captured in magazines and interviews. His influence was much larger than Hip-Hop and extended to society and culture by making a difference in marginalized communities in south Los Angeles.

Following the path of mentor Jay-Z, Hussle’s vision to produce a Dr. Sebi documentary sought to bring change to the way we think about food and medicine. In the same way that the high-profile documentary “The Kalief Browder Story,” brought awareness to unjust incarceration practices in America, Hussle’s documentary was aiming to shed light on healing through food and cures for many diseases that cripple black communities . This unfinished project is just one of the ways Nipsey was using his success to spread knowledge and uplift blacks to achieve greatness.

“A people without the knowledge of their past history, origin and culture is like a tree without roots. If you have no confidence in self, you are twice defeated in the race of life. Liberate the minds of men and ultimately you will liberate the bodies of men.”

Nipsey’s ideas regarding enlightenment and success are not new. His beliefs are consistent with many historic black leaders, like Marcus Garvey who preached about black consciousness and created the Black Star Line shipping company. Similarly, Nipsey Hussle pumped life into the community where he was born-and-raised through entrepreneurial endeavours like Vector 90, a co-working space for marginalized communities to work on their visions and share ideas. This is just one of many black-owned businesses Nipsey started and maintained with family members and aspiring artists. Through his work as an artist, investor, and entrepreneur, Nipsey challenged the black community to pursue economic freedom. Nipsey’s career is a blueprint for artists who are looking to go beyond the music and impact society in a positive way.

I did not have to listen to Nipsey’s music to understand his philosophies and ideas. Throughout all of his work, there is a holistic message of knowledge, enlightenment, and love that is inspiring for everyone, especially for poor underrepresented communities. We may have lost another leader triumphing for change, but he accomplished the highest human act while doing so.